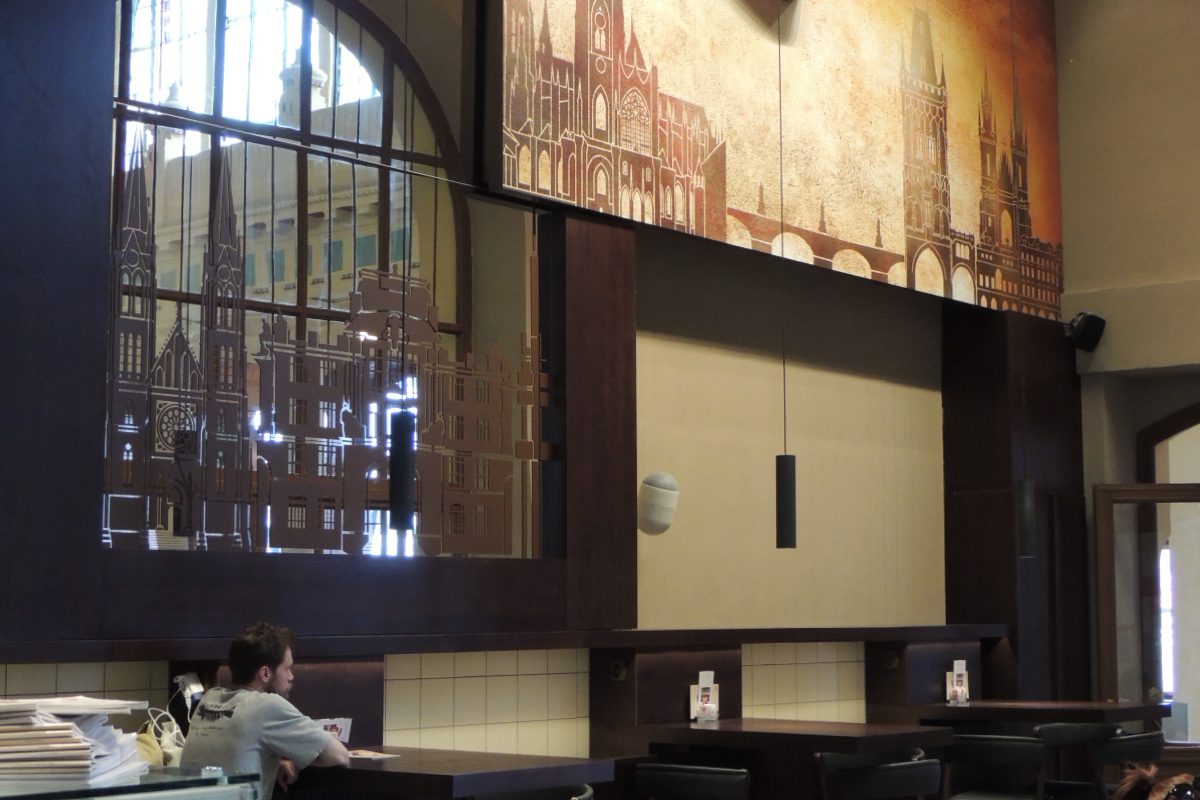 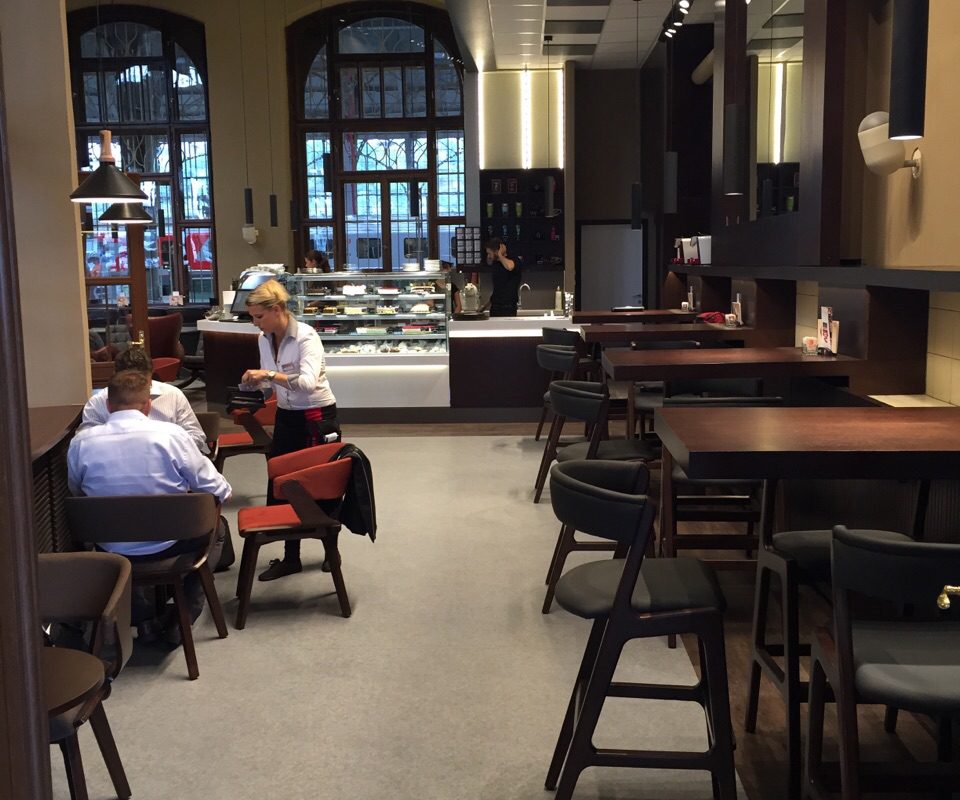 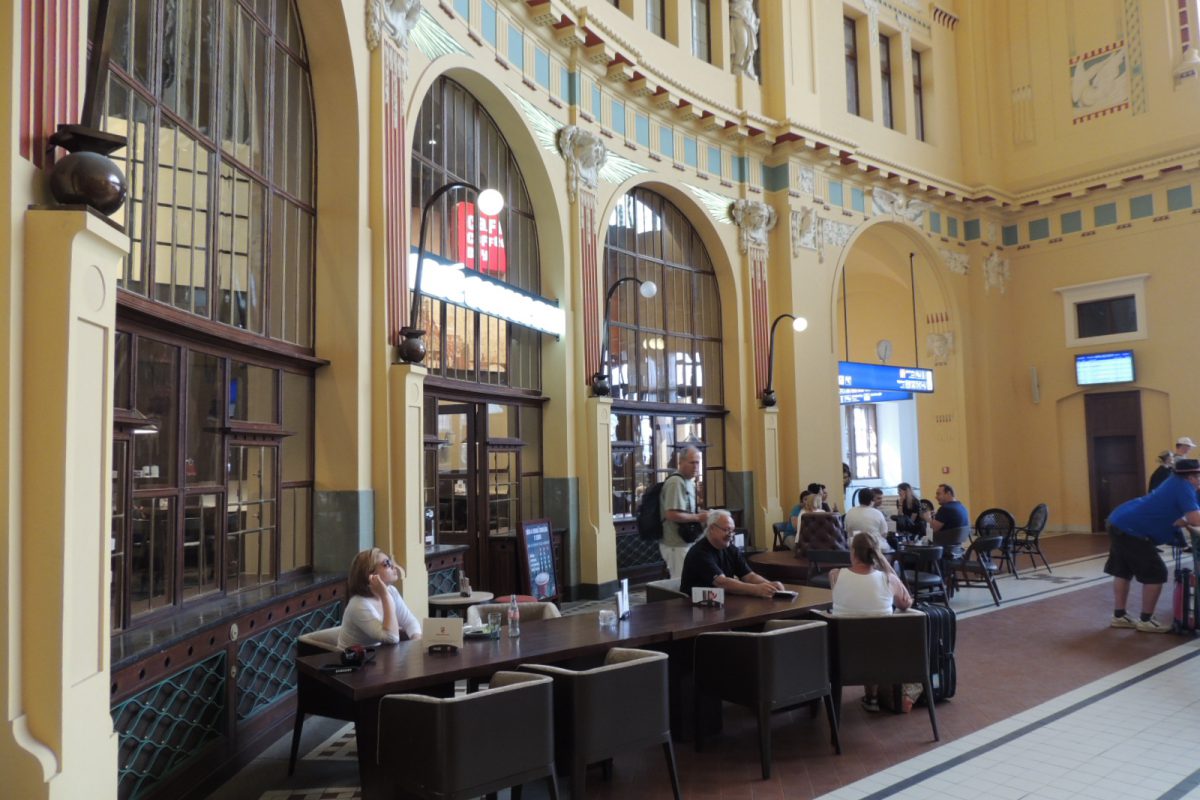 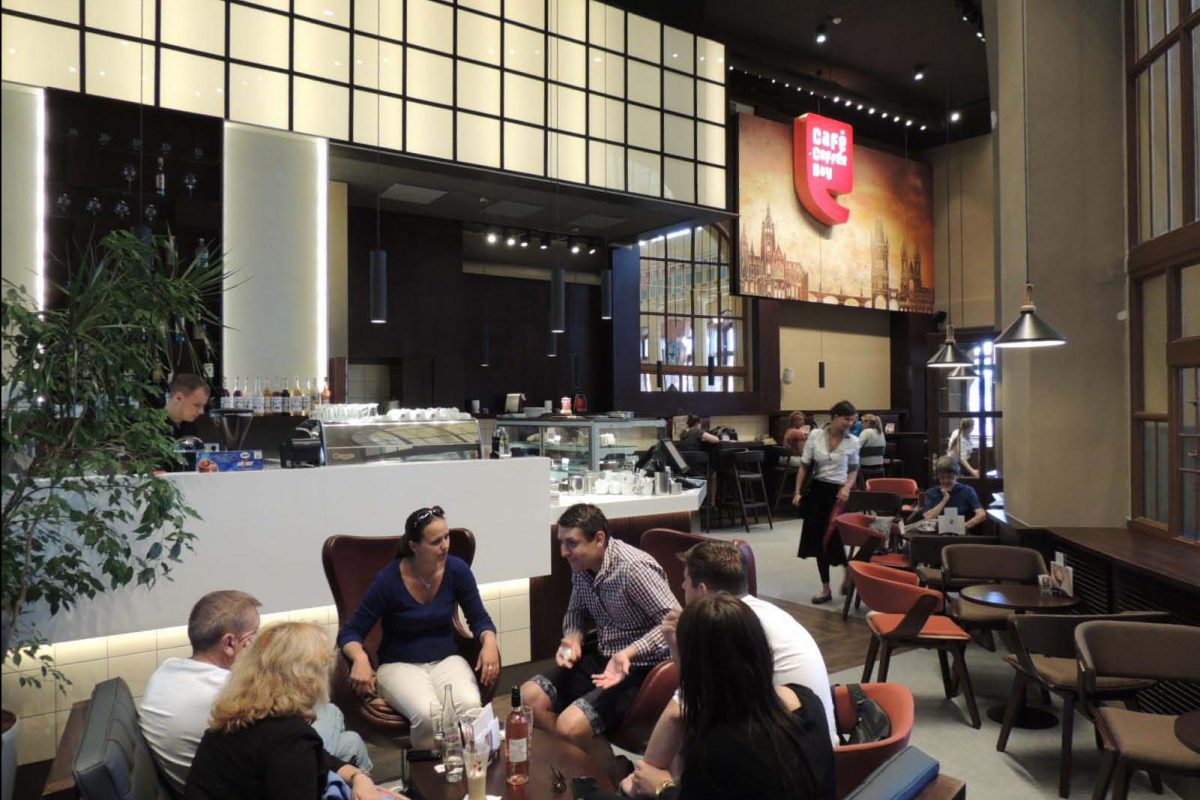 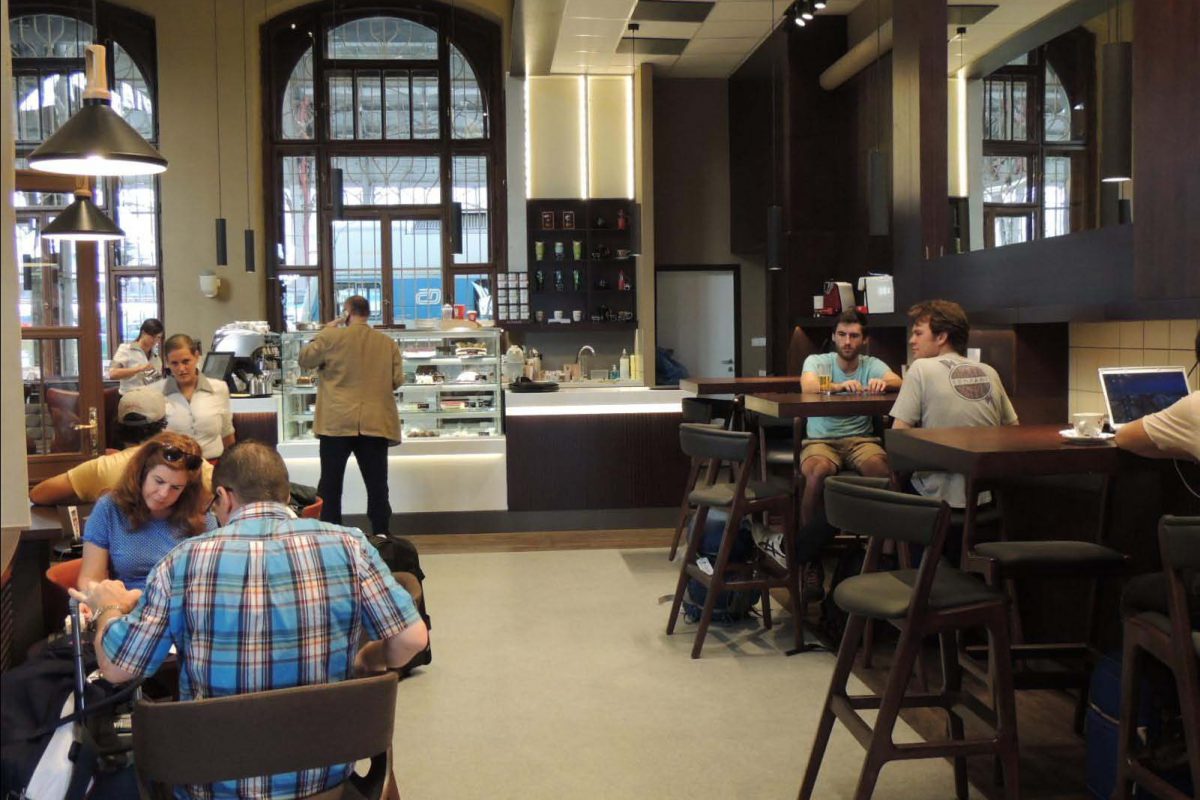 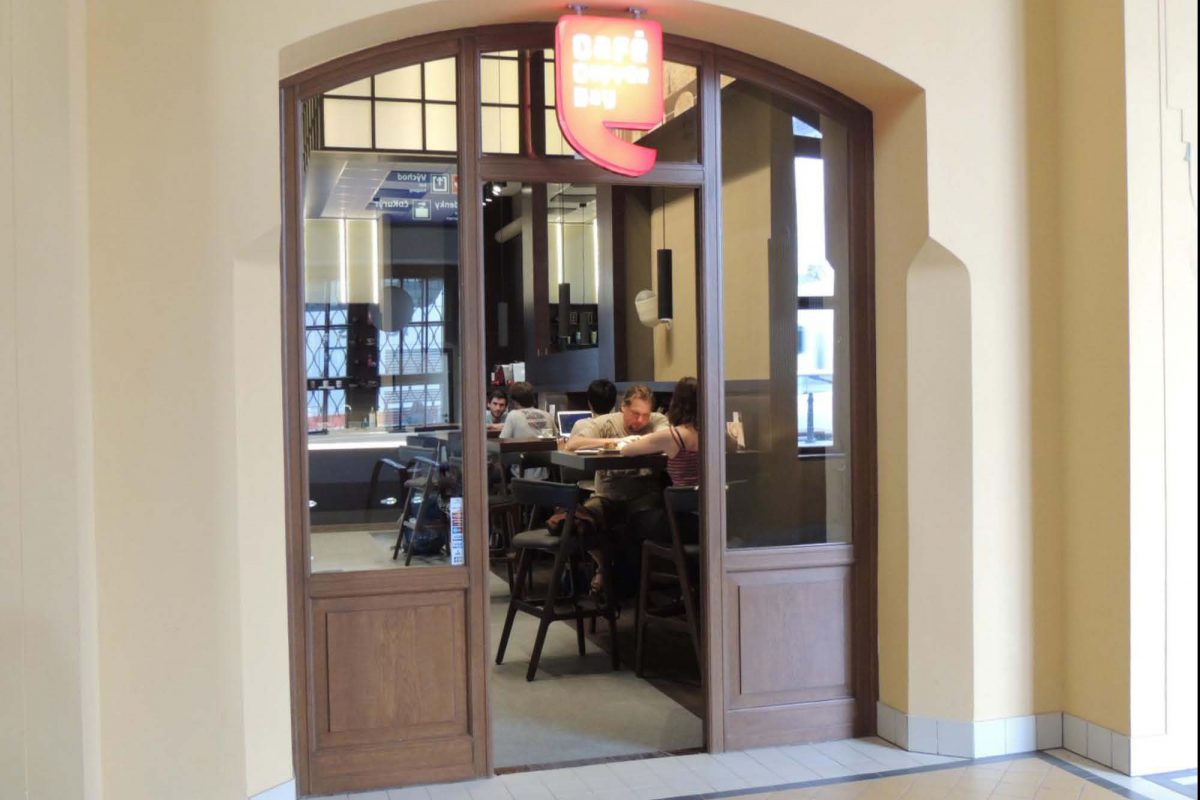 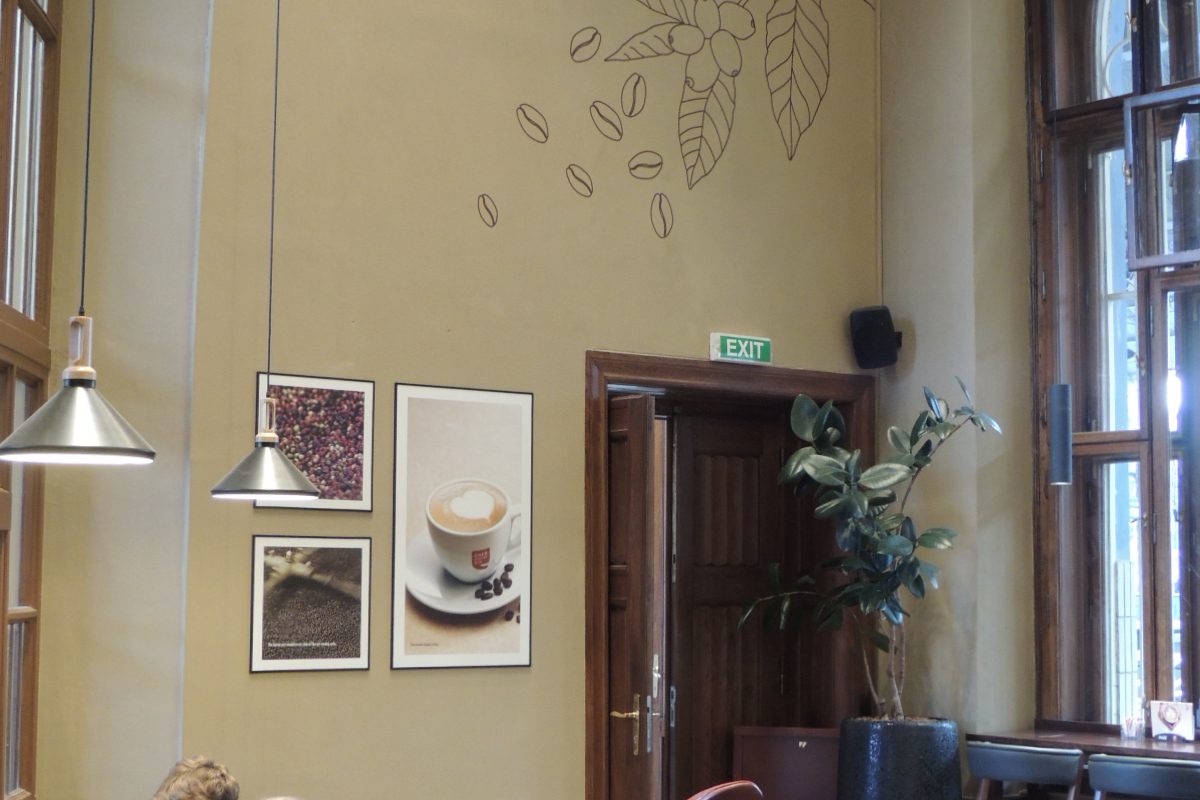 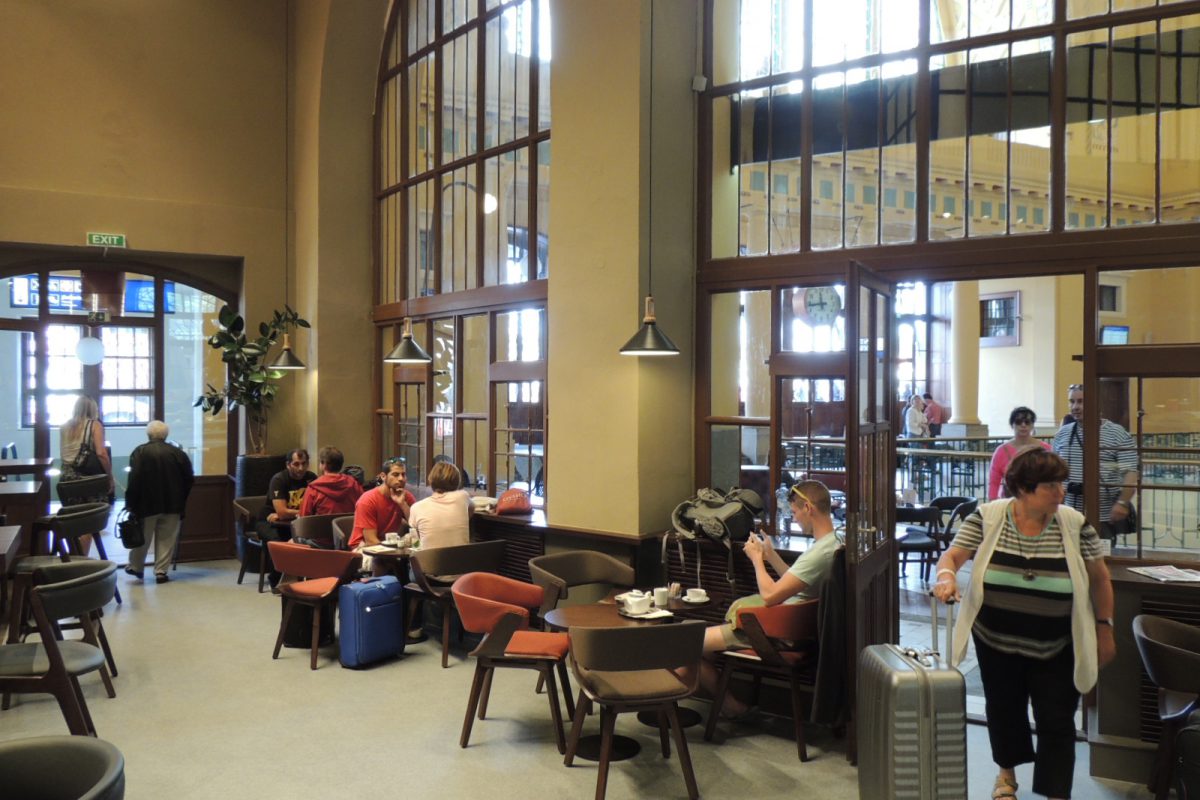 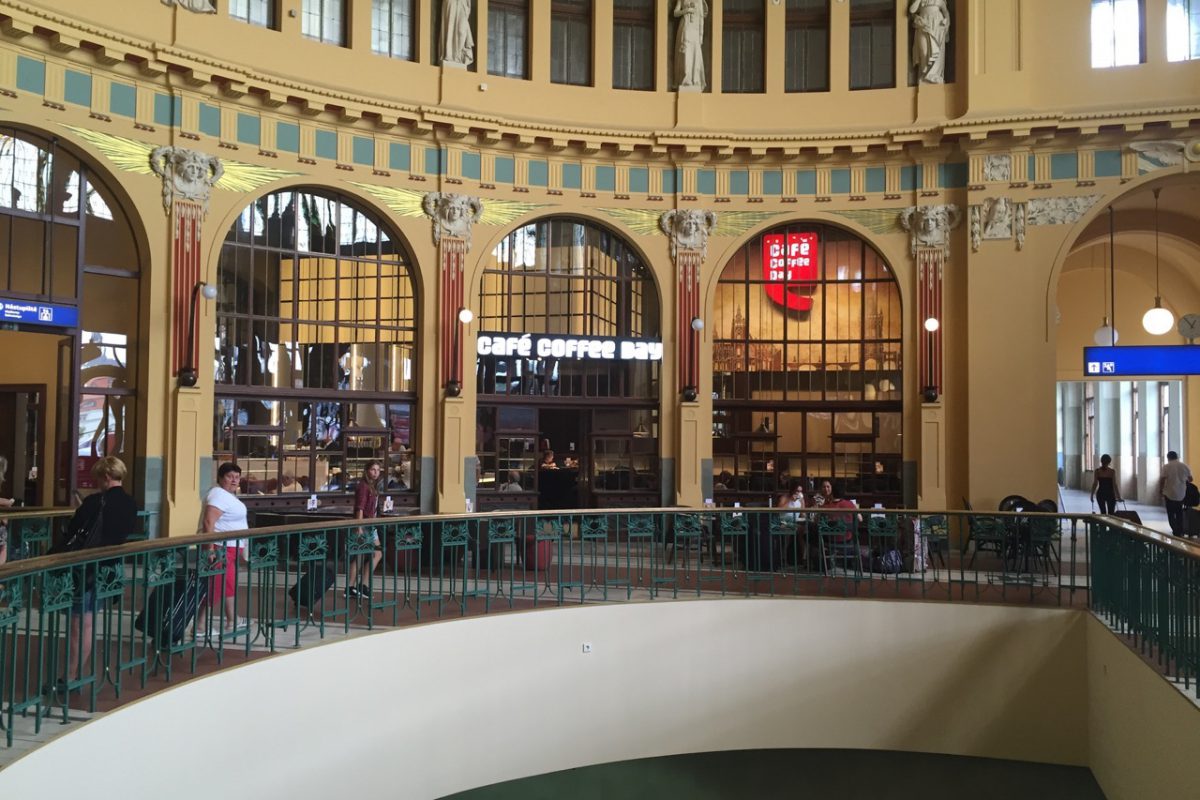 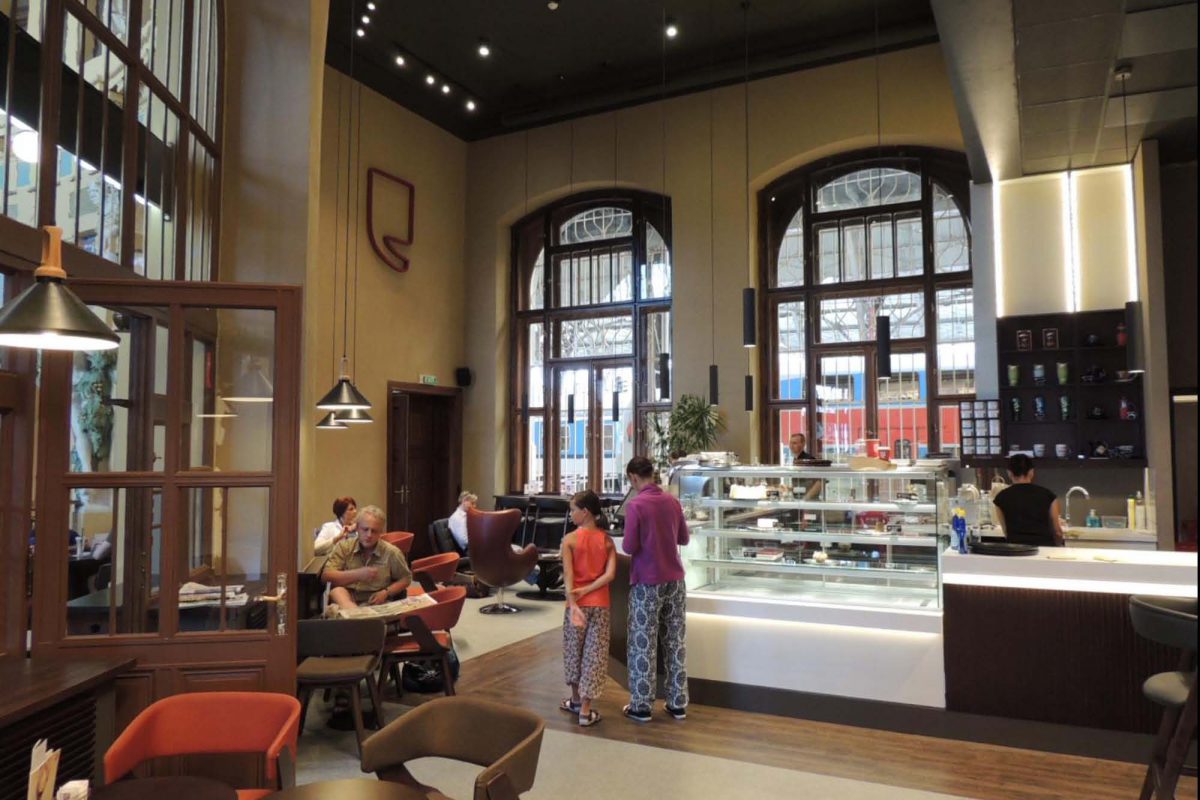 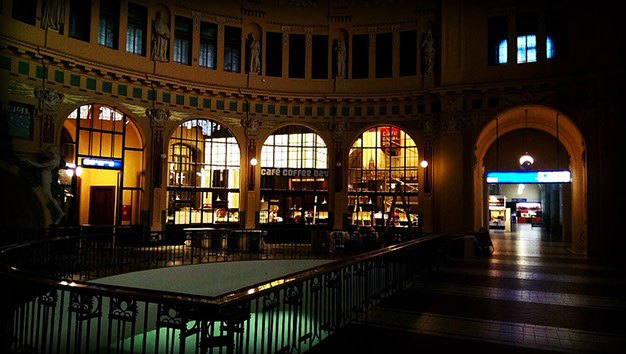 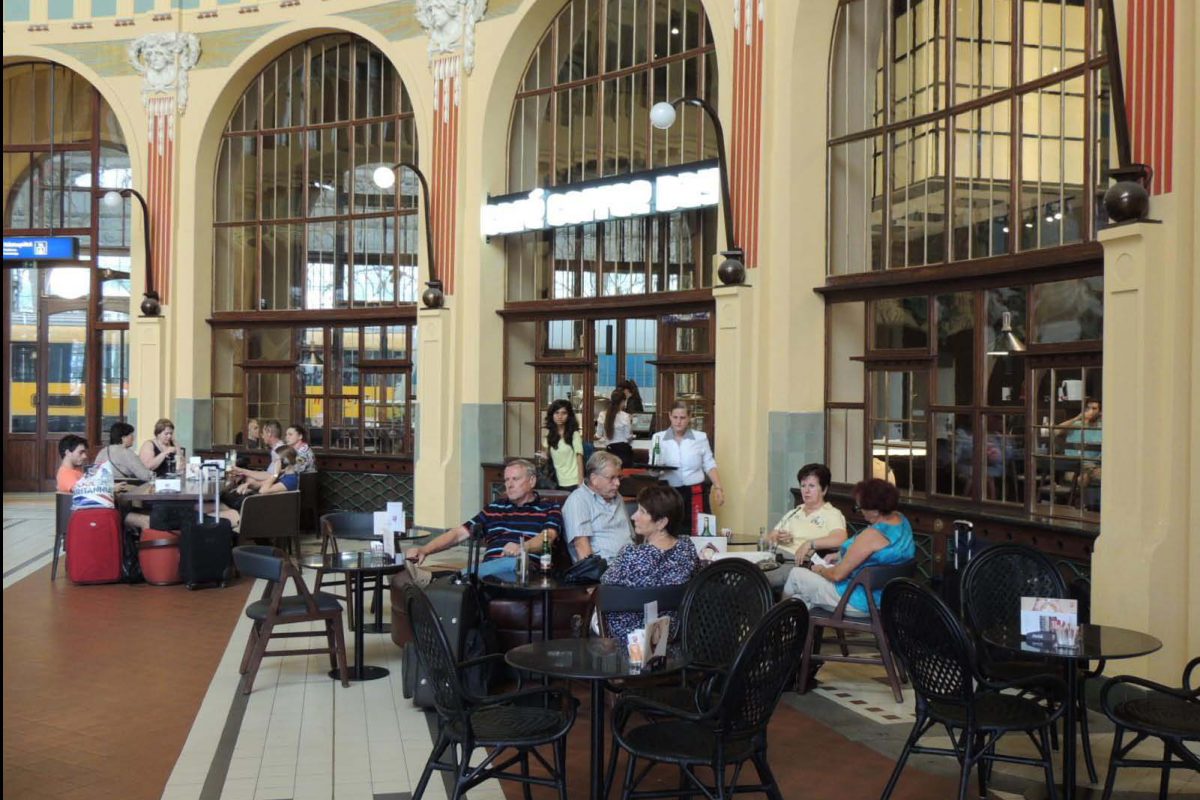 Flagship Store in the main station in Prague.

The main train station in Prague is a cultural monument. The café was originally departure lounge, and later served as a place to sit while waiting on the train, but is also a monument to the architect, the historic station building Josef Fanta.

The concept of the store is through the observation of the existing building but adapted to a modern language looking for a visual impact from outside of the store but without interfering in the gorgeous architecture of the station.